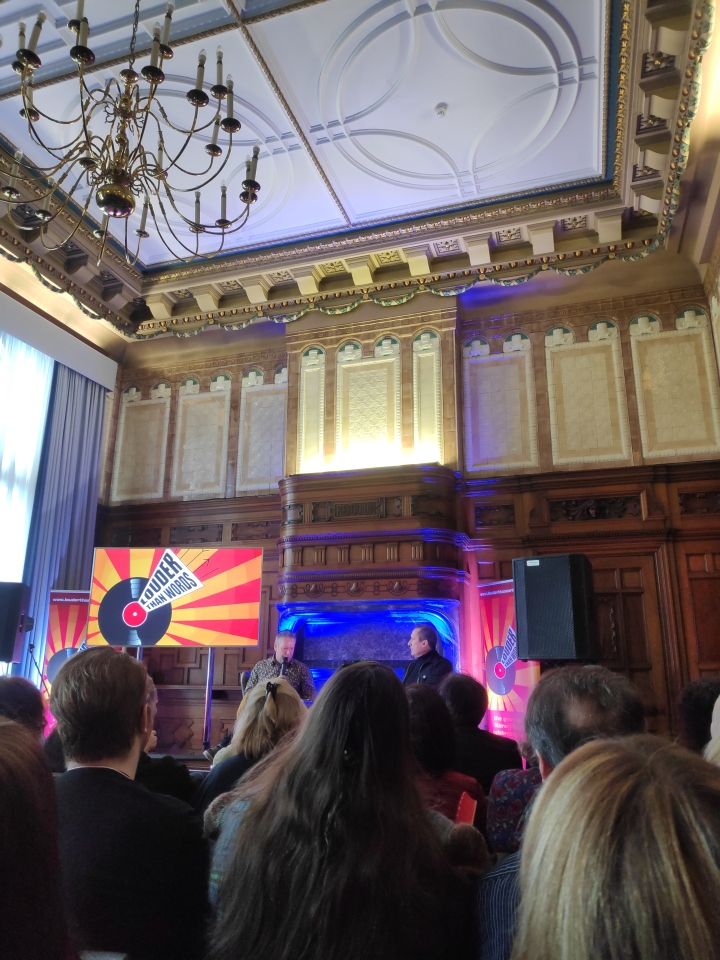 9:30am – I wake up and quickly publish the previous day’s report to our very own ldnmagazine.com. The four-cheese pizza I had at 2:00am this morning may have been necessary, but it’s certainly taking its toll now.

10:30am – I meet Abi in the lobby and guzzle down orange juice and a latte before getting into an Uber.

11:00am – We are en route to The Principal hotel in the centre of Manchester. I miss the minute-silence completely because Abi and I are enjoying a conversation about bloody Seattle and K-pop. I am incredibly annoyed, having been looking forward to paying my respects to the millions of combatants – it being the 100 year anniversary since the guns stopped firing and all. I think about war literally every day, however, so I don’t feel so bad after a while. I take a few minutes alone outside to think about it again anyway.

11:30am – We wait around in the briefing/break room and decide which sessions to sit in on today. There are a few clashes, which is irritating, but Abi and I opt to attend different talks so we can cover plenty of content.

12:15pm – I head to the Director’s Suite to hear Andy McCluskey talk about all things OMD, whereas Abi attends Dave Haslam’s talk on his book, Sonic Youth Slept On My Floor. McCluskey jokily calls Peter Hook of Joy Division a “lying bastard” for saying that he and his bandmate Paul got him into coke. He expresses tongue-in-cheek jealousy that his son is a musician (specifically, a bass-player) not because of his father, but because of the “much cooler” Hooky.

The OMD frontman talks about holding their first single, ‘Electricity’, for the first time, as well as building their own studio and the sheer terror in walking out into LA Rose Bowl in front of tens of thousands of people when they supported Depeche Mode. He even admits to literally kissing the walls of Kraftwerk’s legendary studio, Kling Klang. Great stuff.

1:30pm – I head across the road with Abi to get lunch. It’s Pret this time because I can’t justify eating McDonalds twice in a row. A ginormous queue of alternative-looking people stretches from O2 The Ritz to the end of the street and then round the block. A quick search online reveals that no one is booked to play the venue til tomorrow. We should’ve asked someone what (or rather, who) they were waiting for.

2:15pm – It’s the Director’s Suite once again to hear John Robb pry into the mind of Ian Rankin. The author and music fanatic gradually reveals his ten favourite records, or at least the ones he picked to be heard today. They are:

Hawkwind – In Search Of Space

The Rolling Stones – Let It Bleed

Cocteau Twins (again, I fail to hear which album in particular. Or maybe it just wasn’t mentioned)

Rankin delves into punk and what came before/after it, trying to obtain news on Ian Curtis’ suicide in 1980 when he rushed back to Edinburgh and how Eno’s Music For Airports is one of his go-to records to put on when writing. He says a great line towards the end of the session: “If you strip away all the noise of The [Jesus And] Mary Chain, you get The Beach Boys.” I think he’s probably right.

3:30pm – I head back to the book room just in time to hear Everett True slam more musicians from his book, Ed Sheeran Is Shit. Who else is shit this time? Chris Martin and Billy Corgan. Admittedly, it’s hilarious, and is probably his best delivery all weekend.

4:15pm – Abi and I head to Clock Tower 4 for the final session of the festival: True and Martin James talking about The Prodigy. James has recently gone through self-publishing hell in writing a book about the aforementioned act, telling of how he nearly got sued by a disgruntled photographer. In the end, he ends up contributing pictures to James’ book anyway.

True and James discuss whether The Prodigy could be considered a punk band (James seems to think they are, and the best example of one at that), as well as his delight with their new album. James is friends with Liam Howlett and joyfully tells us of his unofficial position as album tester, meaning he’s the one who gets invited to the studio to listen to a new Prodigy record before anyone else.

5:30pm – True, Abi and I head to Manchester Piccadilly and board the train back to London Euston. We end up on the quiet carriage, and talk (quietly, I might add) about which bits of writing need doing first. A busybody passenger exercising his right to bullshit privilege politely asks us to be silent. Jobsworth. He’s clearly had nowhere near the amount of fun we’ve had over the past two days.